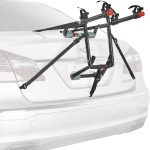 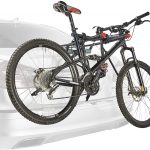 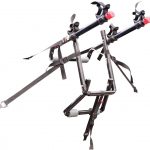 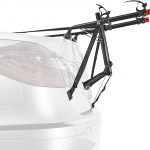 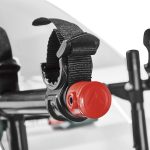 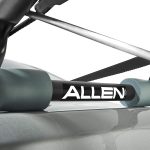 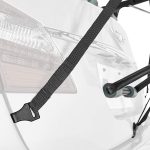 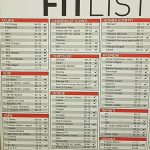 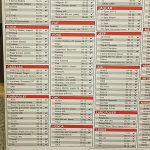 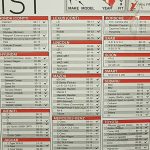 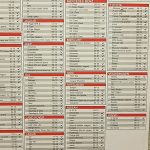 Safe, Versatile, and Easy to Use

The Allen Sports 102DN Deluxe Two Bike Carrier fits sedans, hatchbacks, minivans and SUV’s (make sure to confirm specific vehicle fit above). Its patented design sets up quickly and will safely transport your bicycles around town or cross country. Two side straps deliver exceptional lateral stability on your vehicle. A patented tie-down system individually secures and protects your bicycles.

The perfect way to get out riding

The high quality, simple design of the 102DN offers the perfect way to take your bikes along when traveling.

Allen’s patented individual tie-down system secures and protects your bicycles. The tie-downs are fixed in position on the carry arm, but rotate so that the can engage a wide range of bicycle frame sizes and styles.

The patented single configuration design fits a wide range of vehicles, and eliminates confusion during installation. The middle frame on the rack keeps bicycles away from your vehicle during transport. Please consult Allen Fit List for specific vehicle fit.

Side straps for lateral stability on vehicle

Two side straps (in addition to rugged top and bottom straps) deliver exceptional stability for the rack when on your vehicle. This ensures that you and your bikes reach your destination safely.

The 102DN’s carry arms will accommodate a wide range of bicycle frame styles and sizes. Most traditional adult size bicycles, as well as most women’s and children’s frames can be quickly installed onto the rack.

Dick Allen (pictured left in 1972) started Allen Sports in his garage in 1967. Since its founding, the company has been committed to producing the highest-quality, easiest-to-use bike racks and bicycle related products on the market. Dick, a onetime aerospace engineer, opened Allen Sports after building a prototype bike carrier in his Lincoln, Massachusetts shop in his free time. The first ever trunk-mounted bicycle carrier made of electrical conduit, metal strapping, and fire hose casings (for padding) was thoroughly tested on weekend excursions to Cape Cod. Shortly afterward, Allen took his design to market, and by 1971 had established a national presence for his product.